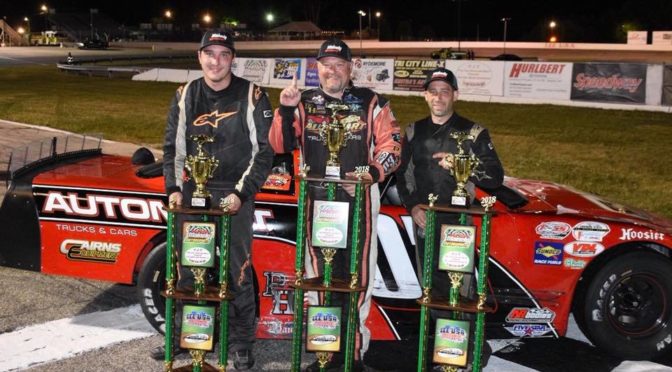 Lee, NH — Devin O’Connell found himself on the podium for the second time this season with the Granite State Pro Stock Series at Lee USA Speedway during the Seacoast 100 on Friday, July 6th.

O’Connell unloaded with a fast piece, qualifying 3rd quickest during the time trails. His time trail effort placed him on the pole for the third of three qualifying heat races. Devin finished the heat race in second place, resulting in an overall qualifying position of 6th.  A redraw for position of the top 12 drivers landed O’Connell P9 for the Seacoast 100 feature race. 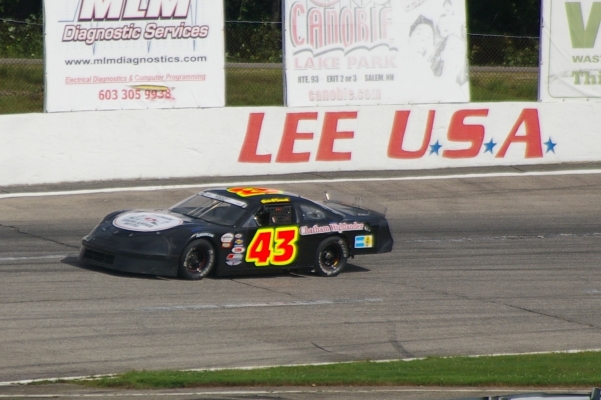 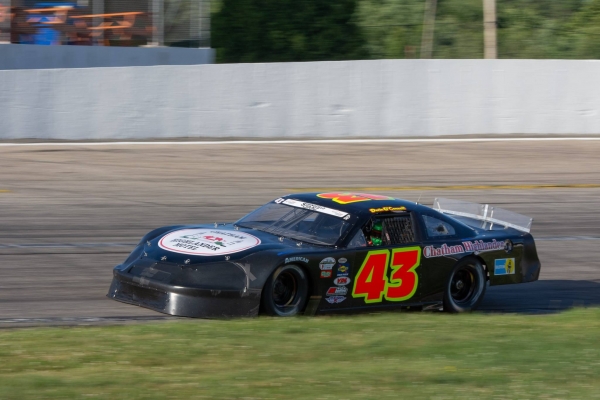 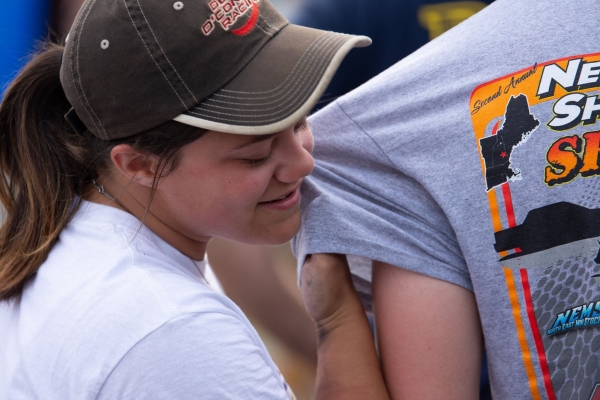 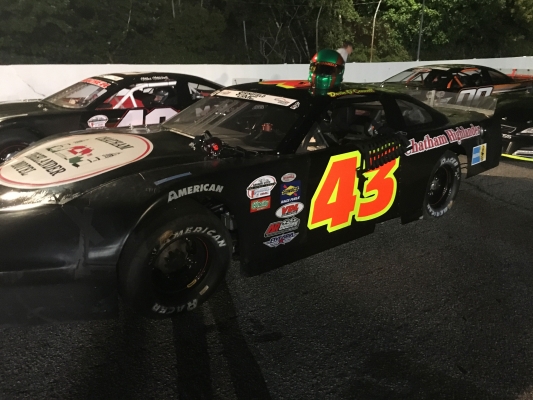 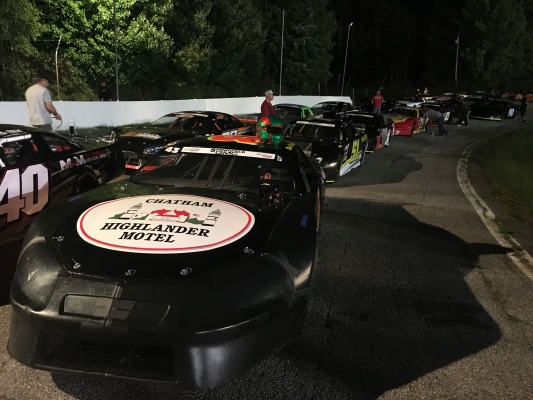 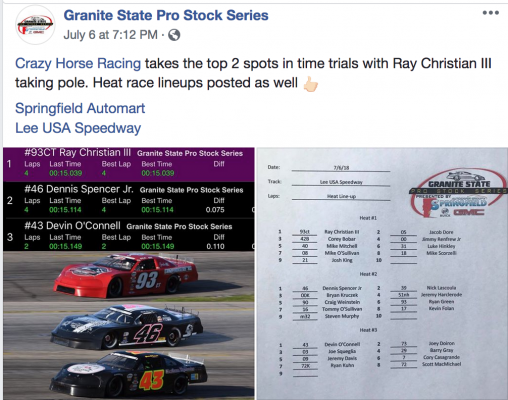 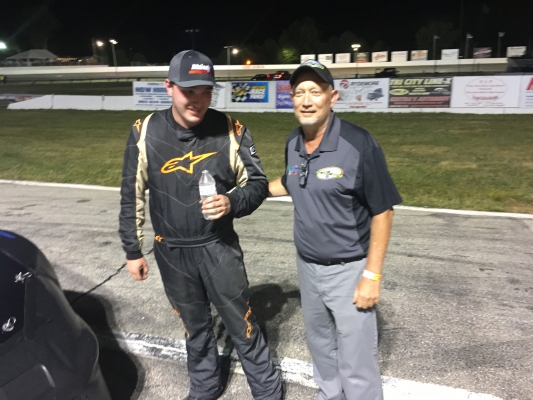 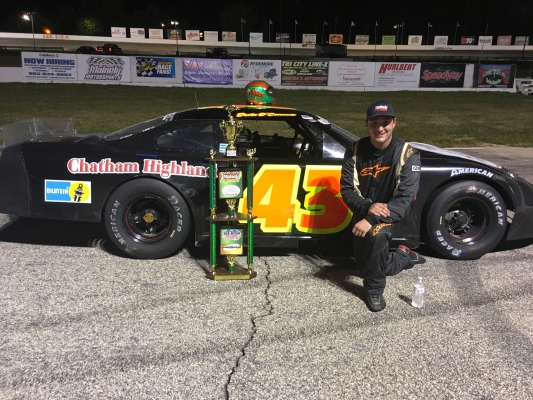 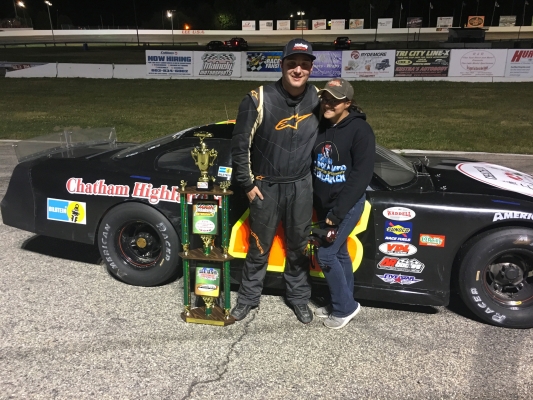 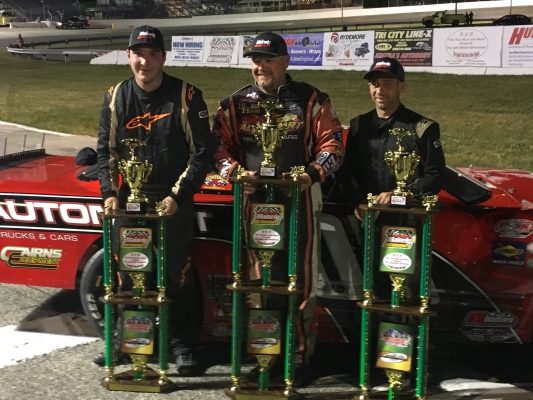 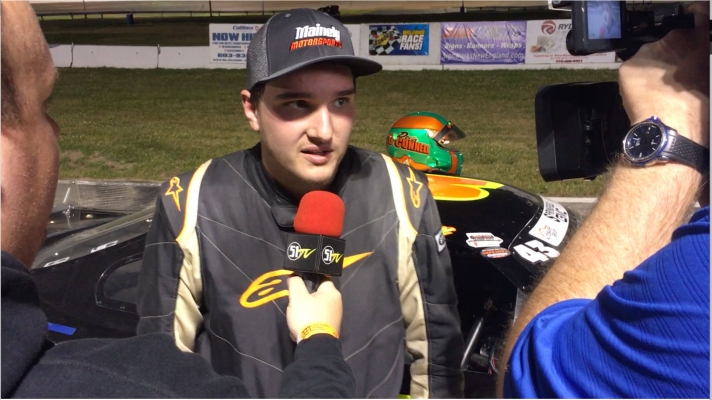 During the early stages of the race, Devin slipped back to 10th place, but began working forward. By lap 15, he was up to 4th. Progress continued and by lap 54, Devin drove into third and just 2 laps latter into second. O’Connell held onto 2nd for 19 laps, but then slipped back to 3rd on lap 75.

Devin’s 3rd place finish is his second podium of the 2018 season. He finished 2nd at The New-London Waterford Speedbowl on May 26th, where he also won the third segment of the three segment race format.

O’Connell will hit the track next at Hudson Speedway in Hudson, NH on Sunday July 15th with the Granite State Pro Stock Series.