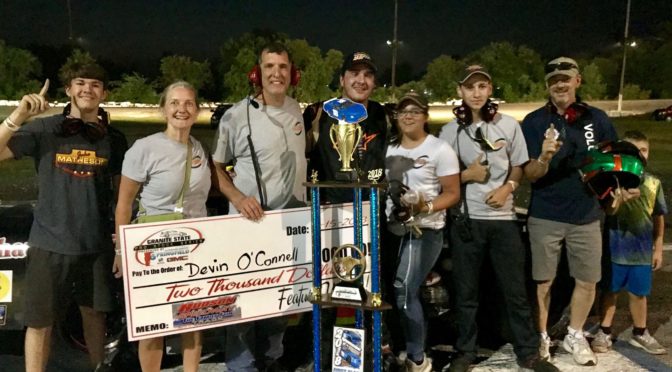 After two seasons of hard-knock learning in the Late Model ranks of New England, Connecticut’s Devin O’Connell was determined to make the 2018 season one where he could be competitive each and every race. That determination soon turned into consistent results throughout the first half of the season in the Granite State Pro Stock Series, and on Sunday night the consistency turned into his first career victory at New Hampshire’s Hudson International Speedway.

“Absolutely unbelievable,” O’Connell said after the race.  “We’re bringing a very small team to the race track, but we make sure our equipment is on top every single week. After all the working on it, tweaking on it, and we finally put this Hamke Chassis in victory lane in the Granite State Pro Stock Series.”

After surviving a treacherous heat race to finish second, O’Connell scored huge in the top six redraw, snagging his first pole in series competition. But that also meant that he would have to be defensive all race long if he wanted to win.

O’Connell’s biggest challenger would be fellow young gun Nick Lascuola, who made life tense for O’Connell on the late restarts after he had kept the field at arm’s length for the first 60 laps of the Gate City Classic 100.

“It was tricky.  You got to tell yourself, ‘When do you want to save? When do you want to go?’ All that, especially your first time on the pole, you’ve got to manage all that. I just try to keep it as consistent as possible.  I drove it as hard as I could without spinning the tires and using my brakes up those last 25 laps. The car was a rocketship, I’m thankful we had something leftover at the end and we ended up getting the win. Hudson Speedway is so historic, this Gate City Classic has been around for so many years, and now I get to etch my name into it. What more can you say?” 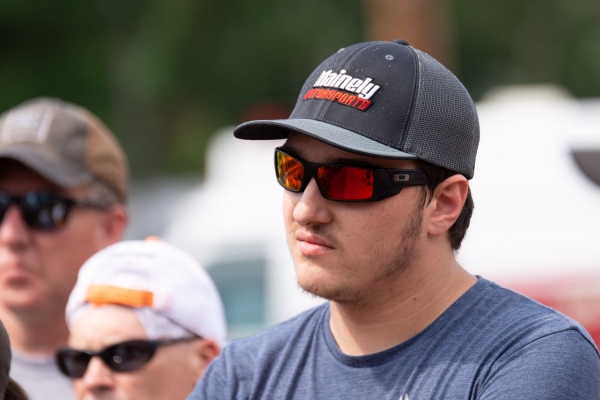 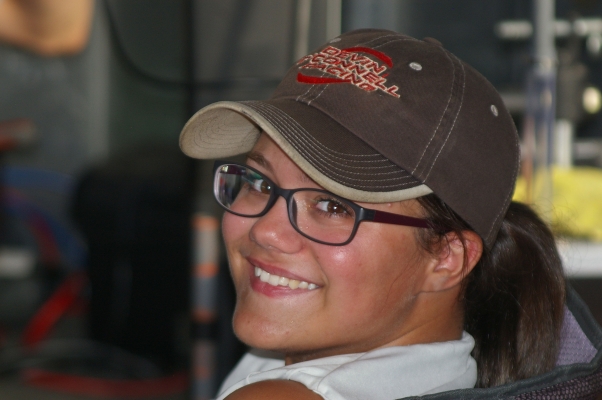 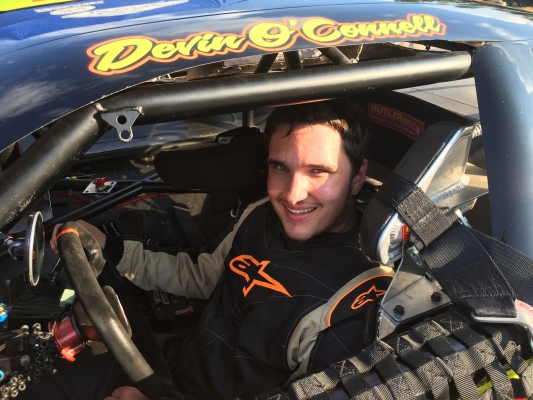 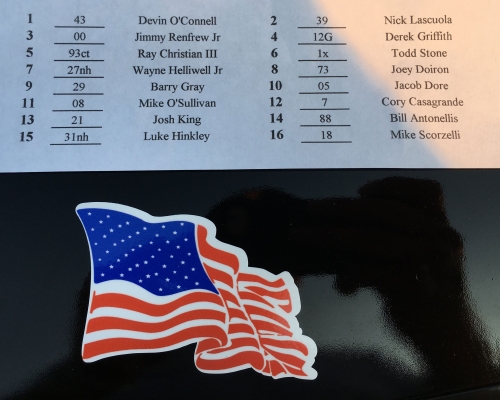 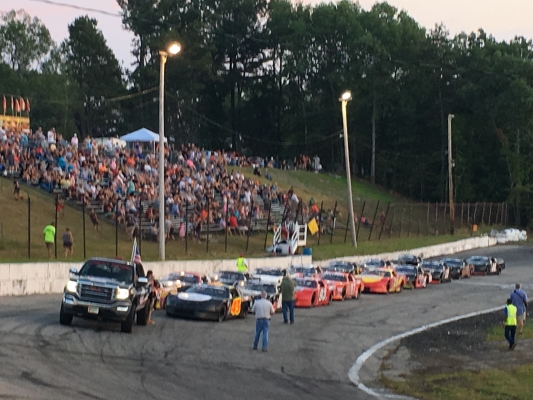 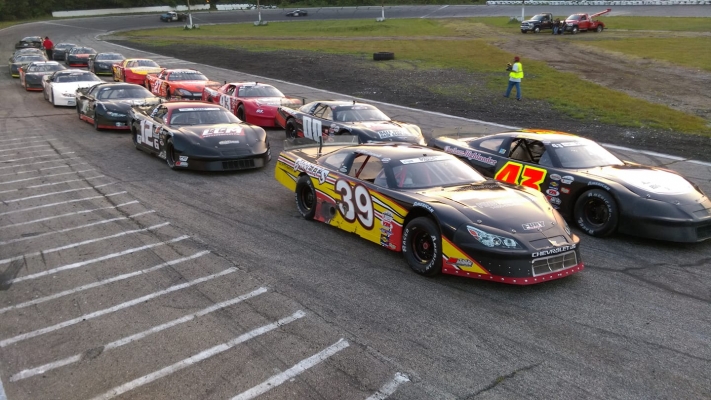 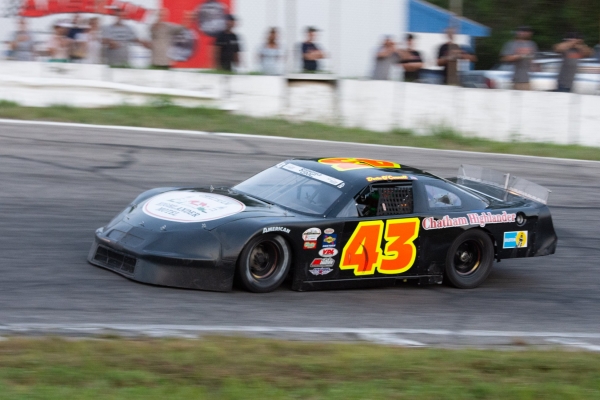 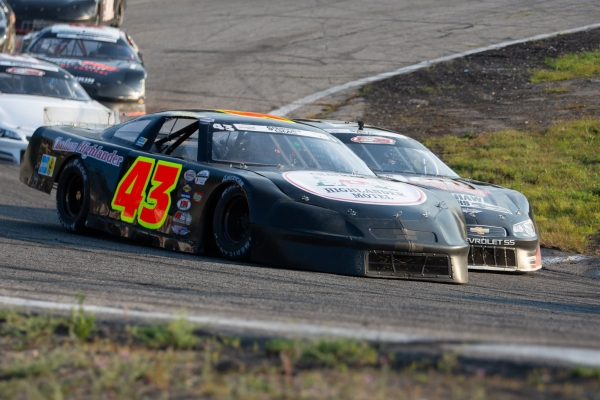 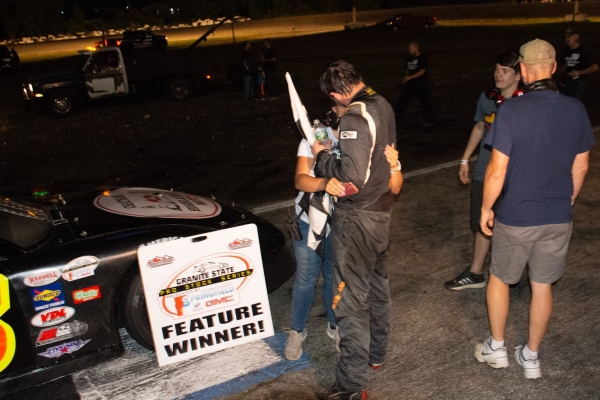 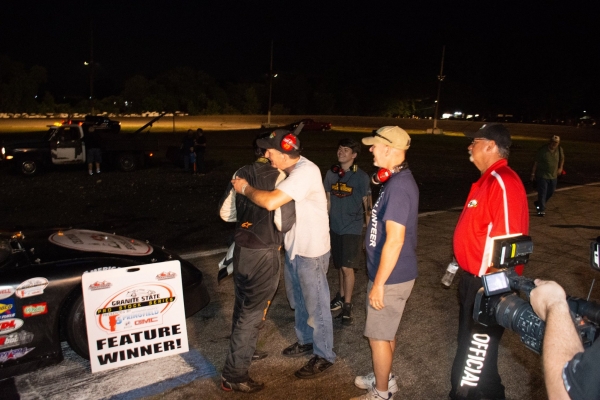 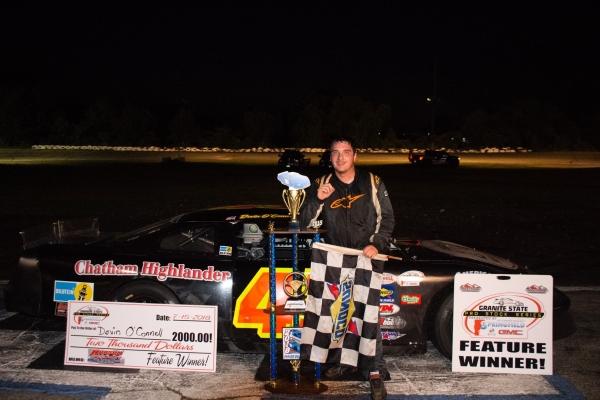 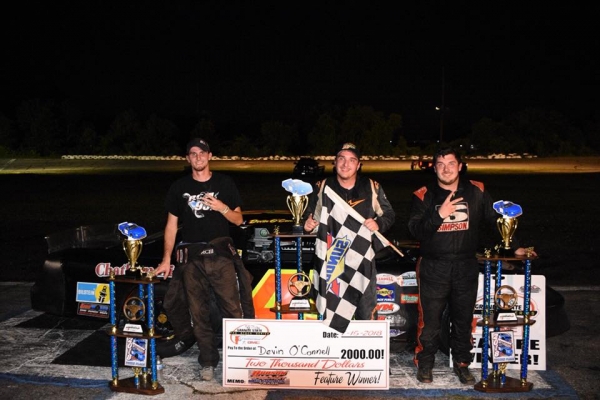 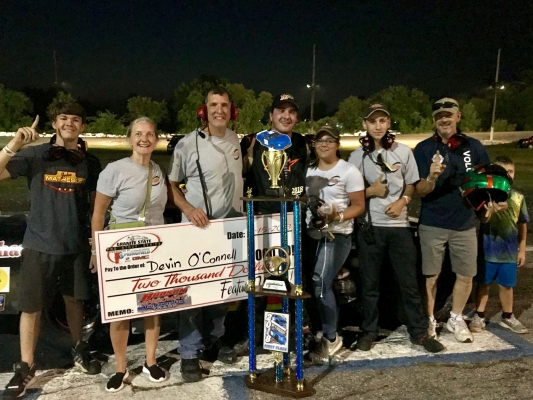 Following a string of spectacular years racing in Allison Legacy and Legends Cars, winning had become second nature to the Madison, CT native, who had even raced and lived in the Southeast for a time before moving back home in 2015. After moving up to Late Models in 2016 where he claimed ACT Rookie of the Year honors, O’Connell wanted to experience the power of a Super Late Model/Pro Stock and settled into the GSPSS.

It turned out to be a hard period of settlement, with luck eluding O’Connell at every turn, even making him consider taking another direction with his racing slate. But he was determined to not let all that struggle and knowledge go to waste in his quest for his own racing dream.

“When we were in Legends Cars, we were on top of the world,” O’Connell began.  “We won everything there was. My dad and I just traveled around.  If there was a race, we’d show up and win the thing. It was a long learning curve, especially not having as many funds as some as these other teams have. We had to learn everything ourselves, with a little help here and there. We finally got the setup dialed in and I’ve learned as a driver to race these things. We’re back on top again at last, with the same crew, the same trailer and the same truck that we’ve been using since go-karts.”

Now 20-years-old, O’Connell’s circle of support has grown only slightly over the years; but the team’s unity is one of the fiercest you’ll see in the country.

“I’ve been wanting to win a Super Late Model race since I was a kid, the first time I saw them. I’m so stoked to be here.  Without Chatham Highlander, Bilstein Shocks, Keith and Jake Matheson over at Sign Works, my girlfriend Sydney who spots for me, my dad, my mom, my brother, and everyone who supports me, I wouldn’t be here right now.”

Sunday’s win at Hudson didn’t come out of nowhere for the team. O’Connell made a statement at the end of May in the final segment of the Triple 35 at the New London-Waterford Speedbowl, winning the segment and claiming an overall podium spot. It was a moment that left him believing that the first real ‘W’ was within their reach.

“I really did.  After that I believed that we could get a couple of these this year, and we can be up there in the points. But we got to let that all take care of itself, we’ve got to be consistent every single race, knock off these top five finishes, and we’ll let the points and let the wins all take care of itself. If we’re in the right place at the right time to go for another win or two, awesome.  If not, we’re going to stay as high as we can and get as many points as possible to try and win this championship.”

Before he hunts for a championship, O’Connell will take his winning momentum to Seekonk Speedway (MA) Wednesday night and go for $10,000 in the third running of the U.S. Pro Stock/Super Late Model National Championship. However, he does not intend on letting the allure of ten grand blind him to long-term championship goal, with which he has only one car to compete with.

“Oh my gosh, heading into a big race like that with $10,000 on the line, that kind of money for us would be huge,” O’Connell stated.  “We could do a lot more racing, we’d be able to travel a little bit, and build up the other car we have sitting in the garage to have as a backup. We’re going to go in, but try to keep the car in one piece, that’s the number one goal because we need it for the [Granite State Pro Stock Series]. We’re going to do our best and we feel we have a chance going to Seekonk.”