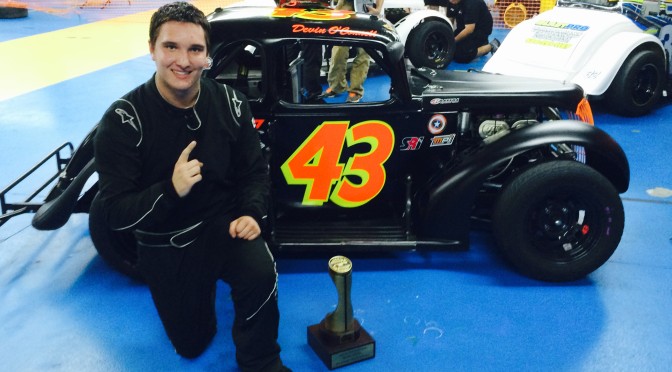 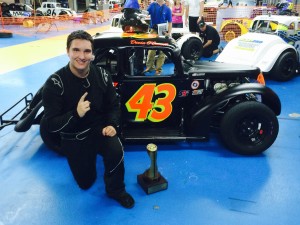 Round 3 of the Bojangles Summer Shootout appears to be the magic number for me.  I won the round 3 Semi-pro feature race again this year on June 16th in similar fashion to my win in the same round in 2014. I qualified 3rd for the feature race and quickly worked up to the lead. In a caution filled race, I managed to hold the field off for my first Summer Shootout win of 2015! 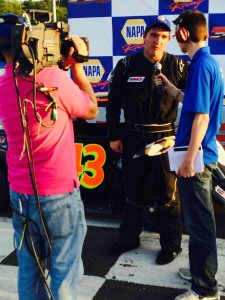 Saturday morning was the first of two road course races at New Hampshire Motor Speedway. I had to break in new tires and a new motor so I was only able to qualify 6th. I was in the top five for the whole race but my car was not handling the best. During a red flag situation, an official found a loose piece of lead on my car and we had to fix it once the red flag lifted. After that was done, I rushed back to the track and charged from 16th to 5th in only three laps! Not too bad of a comeback!

Saturday evening’s oval race at New Hampshire Motor Speedway, is one to remember. I managed to qualify on the pole for my second time at the track. There’s always been one driver though who had dominated throughout the years on both the road course and the oval. Everyone knew this was my best chance to finally beat that driver! After a 25-lap dual through lap traffic, I managed to bring home my first win on the New Hampshire Motor Speedway oval! 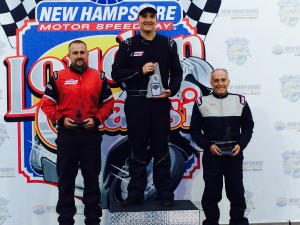 Sunday’s road course race at NHMS had to be run in the rain, which is definitely not my strong point. I started third in the race and held that spot all race. On the last lap, though, fourth place caught me and we duked it out until the end but he ended up getting the upper hand and I took it home fourth.