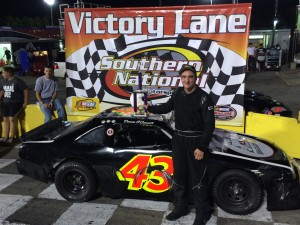 Devin O’Connell has won the 2014 Allison Legacy Series Championship .  He won ten races and finished in the top five in all of the sixteen races run this year.  His final points were 1619 points, 264 over second place.  This was his third year in the Touring Series and before that he ran in the New England region of Legacy racing.  In 2012, O’Connell had an average finish of fifth place and finished fifth in points.   For 2013 he finished second in points and his best finishes were second place four times.   He won his first race, the Allison Legacy Challenge, at the last race at Florence Speedway in 2013.  That was a race for all non-winners where he took the checkers and continued his wins in 2014.  At the 2013 series [banquet], Devin won the “Most Improved Driver” and his team got the “Sportsmanship” award .  Now a graduate of the Allison Legacy Series , he is ready to move on in his career .  O’Connell lives in Madison, Connecticut.  It was a pleasure to have him in this series, he is a respectful young man and has become  a fierce race car driver who  will make any sponsor proud……………… 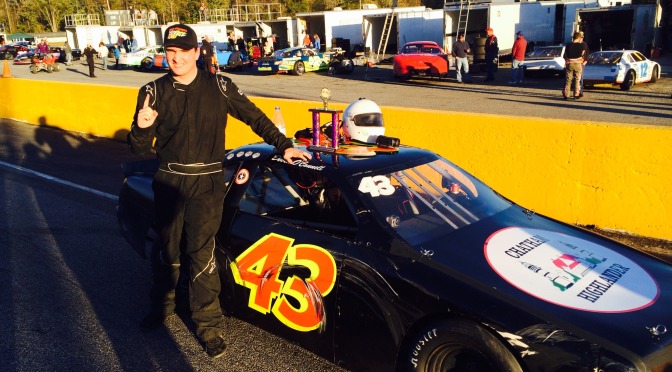 Devin O’Connell, a 17 year-old junior at Daniel Hand High School, is the 2014 Allison Legacy Touring Series Champion. Devin finished third in the final race of the season on November 1st, at Florence Motor Speedway in Timmonsville, SC. Starting on the pole for the final race, Devin was in the lead with 12 laps to go, when he lost the handling of his Thunderbird and spun out resulting in a caution. He had to restart at the back of the field and was able to work his way up to third before running out of laps in his effort to catch the leaders.

In the post-race interview Devin stated, “I am so happy to be able to win this championship.  Thank you to the Allison Brothers for a fantastic series. Thanks to my Dad for putting this car together week after week…Thank you Chatham Highlander Motel for the sponsorship…I had such a great experience driving this car for the past five years.”

The 2014 Legacy season consisted of 16 races at tracks in North Carolina, South Carolina, and Virginia. Devin proved to be the driver to beat winning 10 of the 16 races with a five race winning streak and finishing in the top 3 in all 16 races.

Devin has been racing in the southern Allison Legacy Series for the past three years. Last year, Devin finished second in the point standings and won his first race, the Allison Legacy Challenge, at the final race of the season at Florence Speedway. In addition, Devin was the recipient of the “Most Improved Driver Award” and he, along with his crew chief and father, won the “Sportsmanship Award.”

Living in Madison since 2006, Devin jumped at the chance to race in the southern series when his mother took a new job in Charlotte. Prior to moving to North Carolina, Devin participated in the Allison Legacy North Series in 2010 and 2011, racing at tracks throughout New England. Another job change has resulted in Devin returning to his hometown of Madison this past fall.

The Allison Legacy Series was started by the three sons of NASCAR legend Donnie Allison. The car is a ¾ scale replica of a NASCAR and the series has been a stepping-stone in the careers of many current NASCAR drivers such as Joey Logano, Trevor Bayne, Regan Smith, David Reagan, and Brian Vickers.

In addition to racing in the Legacy series, Devin added Legend car racing to his 2014 season. He won his fifth start on the road course at Charlotte Motor Speedway during the Winter Heat Race Series in January. His success continued at the US Legends Winter Nationals at Auburndale Speedway in Winter Haven, FL, in February. Devin finished second in the points with one win and top five finishes in 4 of the five races.

The highlight of Devin’s Legend season came at the Summer Shootout at Charlotte Motor Speedway. Devin finished in the top five in seven of the 10 races with 2 wins and 3 second place finishes. His first win on June 16th, was televised nationally on MAVTV. Devin had the points lead heading into the final race when an unfortunate incident on the track resulted in a cut right front tire. The flat tire cost Devin several laps and he finished the final race in 15th causing him to drop to third in the final point standings.

On August 2nd, Devin rebounded with the Semi-Pro divisional win and an overall 7th place finish out of 44 cars during Legendstock at Bethel Motor Speedway in White Lake, NY. In total, Devin won 12 Legends races in 32 starts during his 2014 season including a win at Stafford Motor Speedway (CT) on September 12th and a Semi-Pro divisional win at Seekonk (MA) on October 3rd. His overall 2014 winning percentage in both car divisions is 43.75% with an average finish of 3.21.Devin has 2 more races in his Legend car to wrap up the 2014 season. He will be racing at Wall Stadium in Wall, NJ on November 28th and 30th.  The final Legend race will take place December 6th, on the road course at Virginia International Raceway, in Alton, VA, for the US Legends World Road Racing Championship.

You can learn more about Devin O’Connell by visiting his website at DevinOConnellRacing.com, Facebook.com/devinoconnellracing, and twitter @_DevinOConnell. 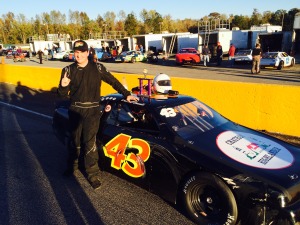 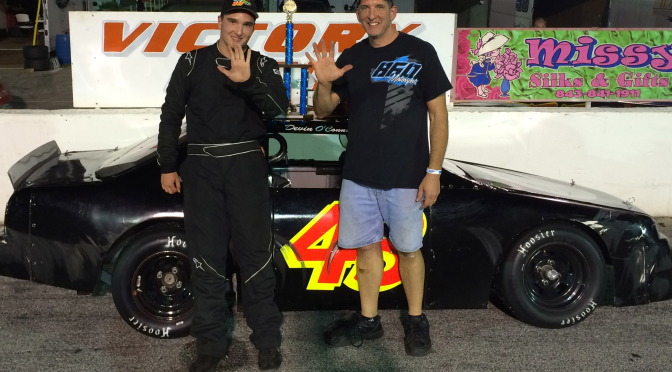 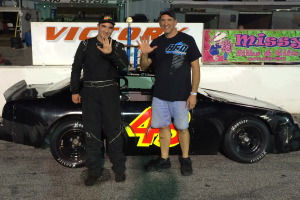 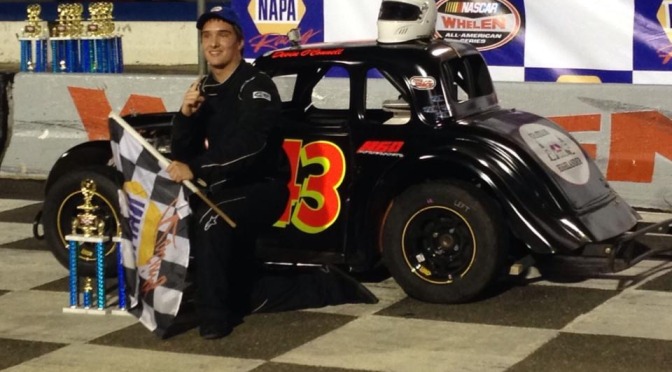 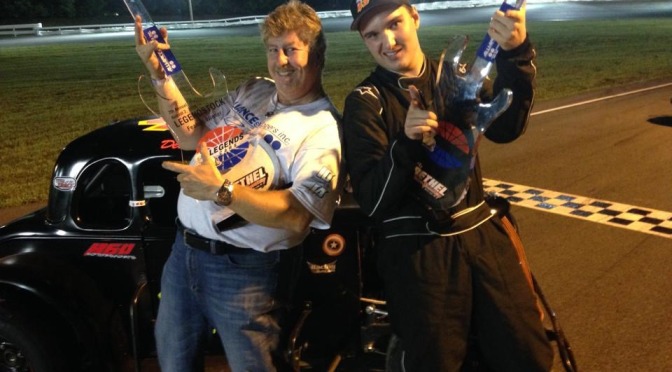 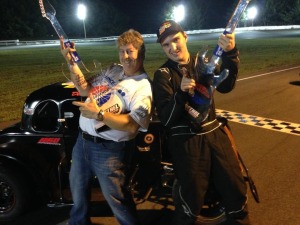 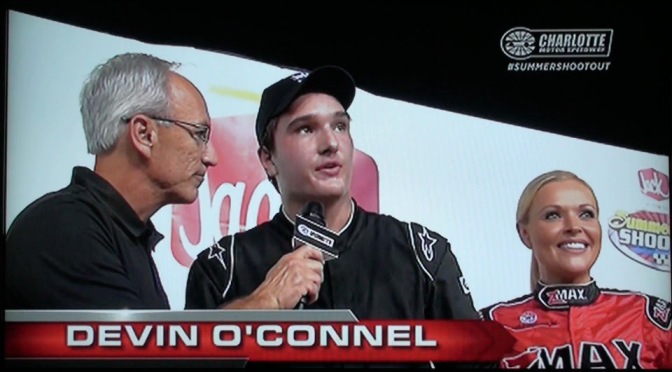 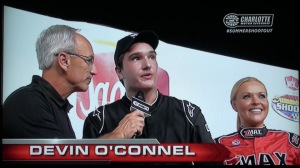