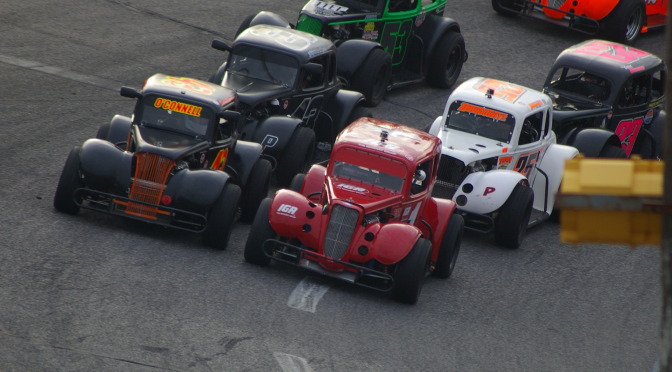 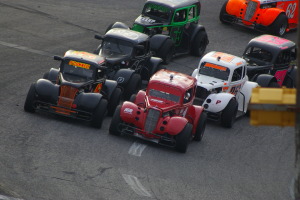 Devin had a good showing at the 2014 Turkey Derby at Wall Stadium Speedway in Wall Township, NJ.  The 41st annual Turkey Derby included 2 Legend races, the first one on Friday the 28th and  the second on Sunday the 30th.  Devin, and the 860 Motorsports team, participated in both events and brought home a 5th and 2nd place finish respectively.

During the first race on Friday, Devin qualified 8th of the 38 car entries with a 2nd place heat race effort. When the green flag fell, Devin quickly worked up to 6th and on lap ten he broke into the top 5. Devin continued moving forward and took the 4th spot on lap 13 and the 3rd position on lap 20. A caution on lap 22 followed by a less than stellar restart resulted in Devin dropping back to 5th where is remained until the checker flag.

The second race on Sunday saw a field of 23 cars. Devin qualified on the outside pole by winning his heat race. During the 40-lap feature, Devin spent the early laps running in 1st through 3rd place. Toward the second half of the race, he was in 2nd working on taking over the top spot. Unfortunately, he was not able to make it happen and finished in 2nd…a very respectable run at his first Turkey Derby against a fierce group of competitors